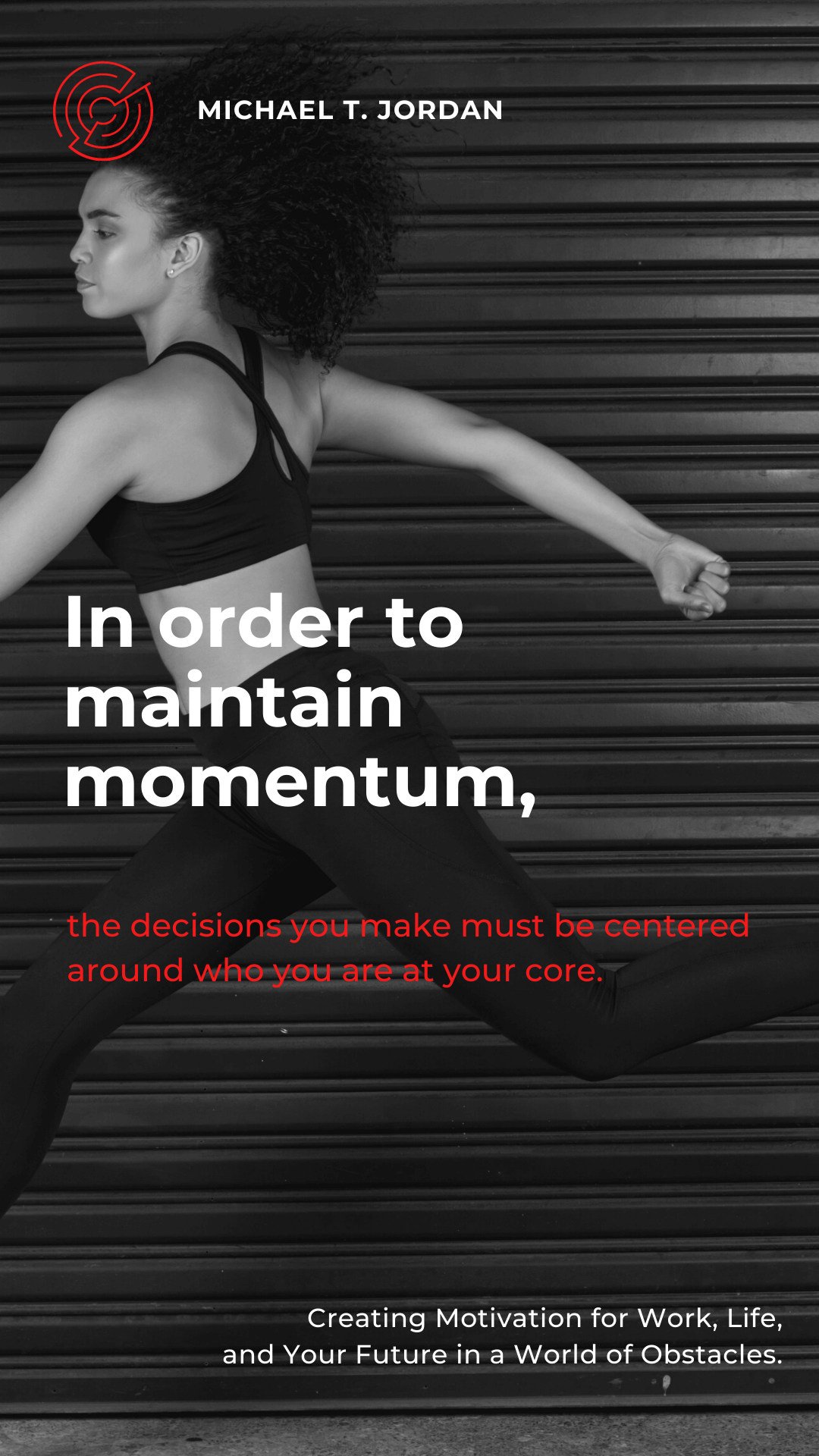 What Is Mojo Momentum?

WHAT IS MOJO MOMENTUM?

When I was in elementary school, I learned about Sir Isaac Newton’s laws of motion by stringing an empty toilet paper roll across the
room and using the force of deflating balloons attached to the roll to send the “rocket” flying from one side of the string to the other.

I learned at a very early age, “Every action has an equal and opposite reaction.” Momentum is motion based on mass and velocity. The rate of change is determined by the amount of force used. Momentum has also been used colloquially to refer to a series of positive events that contribute to achieving an end goal. Sports commentators often discuss “momentum swings” in games, military historians talk about momentum in famous battles, and gamblers feel momentum when they’re “on a roll.” An object in motion tends to stay in motion—just not perpetually. Personal momentum is sustained progress toward your self-selected goals. This may come across as counterintuitive, but your personal momentum is a result of your actions and the work you do, not a cause. It is the reward for preparedness.

By work I don’t mean just your job functions that
come with your title. Work is the execution of
the aspirations you have in any field
that demands expertise.

Work could mean a passion you have outside of your job, which the income from your job enables you to pursue. It could mean the way you dedicate yourself to being a parent. It could be any cause or dream you dedicate yourself to with a goal in mind. When I was an intern at a large life insurance and investment company, I had never been challenged to focus for such long hours. All the people in my department—investment accounting—would tell me, “One day it will click.” At the time, I was frustrated and overwhelmed, but I later learned they were right. Those reminders were words of encouragement, as if to say, “Stick it out, kid.” One day I was reviewing an audited report for one of our limited partnerships and suddenly everything I had been working on started to make sense to me.

As an intern, you get all the menial jobs, but you also get tossed in the deep end, where you really learn to swim. My excitement as things began to make sense to me was like opening a new box of OG Jordan sneakers. It gave me the confidence I needed. I’d put in the work, which built momentum, until I finally reached my goal of simply being able to read a report. After that, the work I was doing started to feel like a game. My momentum allowed me to plow through the obstacles in my path—a breakthrough. Overcoming problems, setting micro goals, and crushing them became like a competition. I craved reaching the next level of understanding, remembering how good that breakthrough moment felt.

Feeling driven by a sense of purpose (as an intern, purpose was a simple as mastery of key concepts) has been a key ingredient when I’ve needed to sustain or regain momentum. Throughout my life, that feeling has been a significant factor in my career decision making process. Purpose, however defined, in those moments has helped me prioritize. It drives my willpower and it’s present in my ideal workplace. However, it isn’t the only ingredient that makes me do whatever is necessary to excel. The more effort you put in, the greater the momentum you’ll gain. Eventually as a sales professional, I became obsessed with mastering my craft. As Albert Einstein put it, “The value of achievement lies in the achieving.” I valued achieving.

Momentum is built on a series of events that create opportunities for both short-term and long-term achievement. Athletes have a routine to their momentum that is closer to a loop than a ladder as they train, compete, and then recover. The same goes for other professions. Continued momentum can create exponential growth over time, even if your goal may not be to win a “chip.”

Harnessing the ability to create momentum is what has been most vital to my long-term success in my work. In my book, I share some of the experiences in my own life that have created momentum for me, leading me toward success. It’s what my mother would always
call “mojo.” Like your greater purpose, mojo is what sparks your will to persist in difficult times.

Mojo is about authenticity. It occurs when you
allow what you value to be the catalyst for your
drive, the force behind your momentum.

Mojo is the “great reboot”—or “control + alt + delete,” for those who remember the early days of personal computers. It comes from being true to what you value, and it represents sustainability, which is critical because momentum at some point has to end. While you can continue to build momentum, it will eventually reach a point at which it is no longer sustainable. However, mojo momentum is sustainable—it’s a habit that you can influence, monitor, and replicate as needed. It is uniquely yours.

In most work environments, you have an additional weight on your proverbial barbell. It’s the weight of specific goals and how others view your success in the workplace, expectations placed on you but not always set by you. If you’re lucky, there will be alignment and a shared sense of purpose between you and your employer, or you and your company if you’re a business owner.

Even if there isn’t alignment, you can find ways to grow personally within your role. Executing a personal growth plan while exceeding organizational growth expectations is a big part of my ideal work environment. Anything short of that is an opportunity to make improvements where you have the influence to do so.

DISCOVER THE SECRET TO RESULTS THAT LAST

Where do you find the motivation you need to accomplish your goals?

Mojo Momentum provides principles and tactics to unlock passion for your work and overcome the obstacles between you and your goals.“Read this book with a highlighter or a pen in hand to mark the nuggets of wisdom. M.J. is successful for a reason. In Mojo Momentum, he gives you an insider’s look into what got him there.” —Roger Hall, Ph.D., business 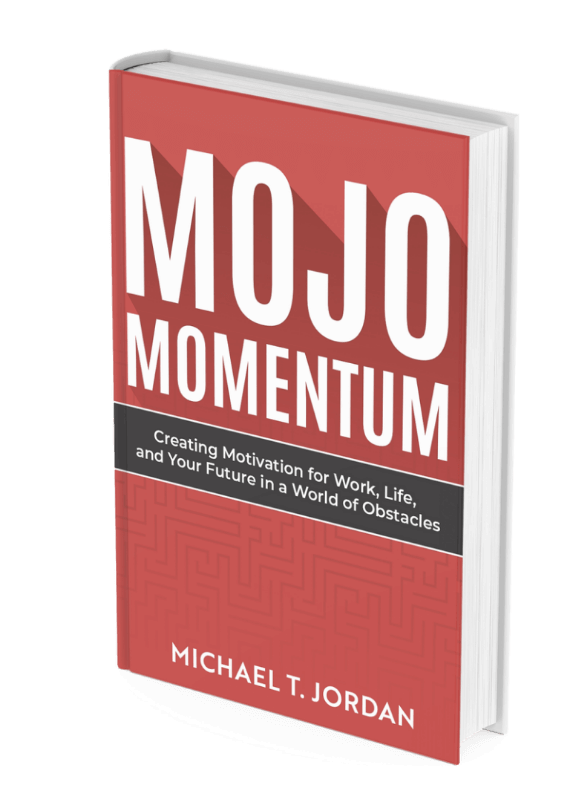 Sign up for a free Chapter of Mojo Momentum
Thank you! Your submission has been received!
Oops! Something went wrong while submitting the form.